1.2 When LED driver is constant-current type, the voltage across of LED is Vd+(I*Rd)=Vo, Actually the Vd have a negative temperature coefficient (NTC -2mV//℃- -4mV/℃) with respect to voltage, e.g. the LED forward voltage Vd decreases as the LED gets warmer, causing the Vo voltage decreases as temperature goes up.

1.3 Right figure shows LED driver constant current output Io has a current ripple, The voltage across of LED also got a Io*Rd voltage ripple(Normally is a high frequency triangle waveform) 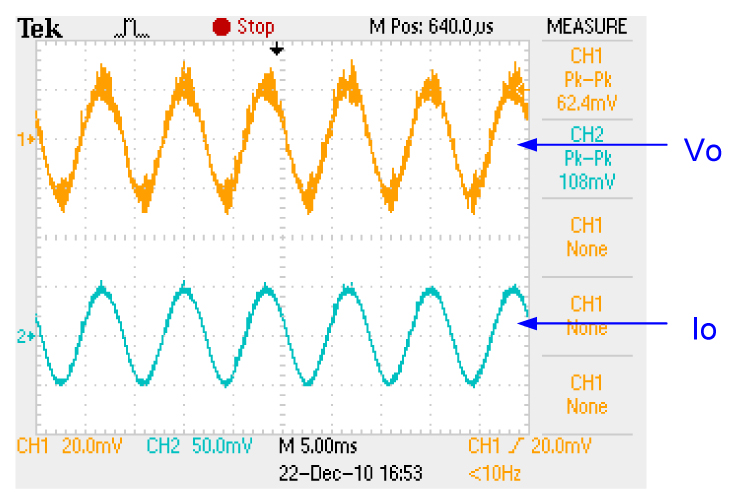 1.5 In parallel connection stacks of LED : Several LED stacks in parallel connection is also can get more output brightness, Vd also will increase as series, Rd is according to the cascade and parallel. Fig. 8. is 2 stacks LED to parallel, Fig. 9. to Fig.11. are the LED’s equivalent circuit, Fig. 12. shows exponential V-I characteristic curve.

As the actual connection to the LED driver of the LED will be by brand, size, cascading, in parallel and then various different load conditions, if each test is required should be get the expensive cost of testing, the use of electronic load to simulate various combinations of LED to test can achieve fast and low cost.

3 How to setting Vd, Rd and Vo parameters for LED mode electronic load

a. If the LED lamp’s brand, parts no and specifications is available then follow the LED data to setting the parameters. 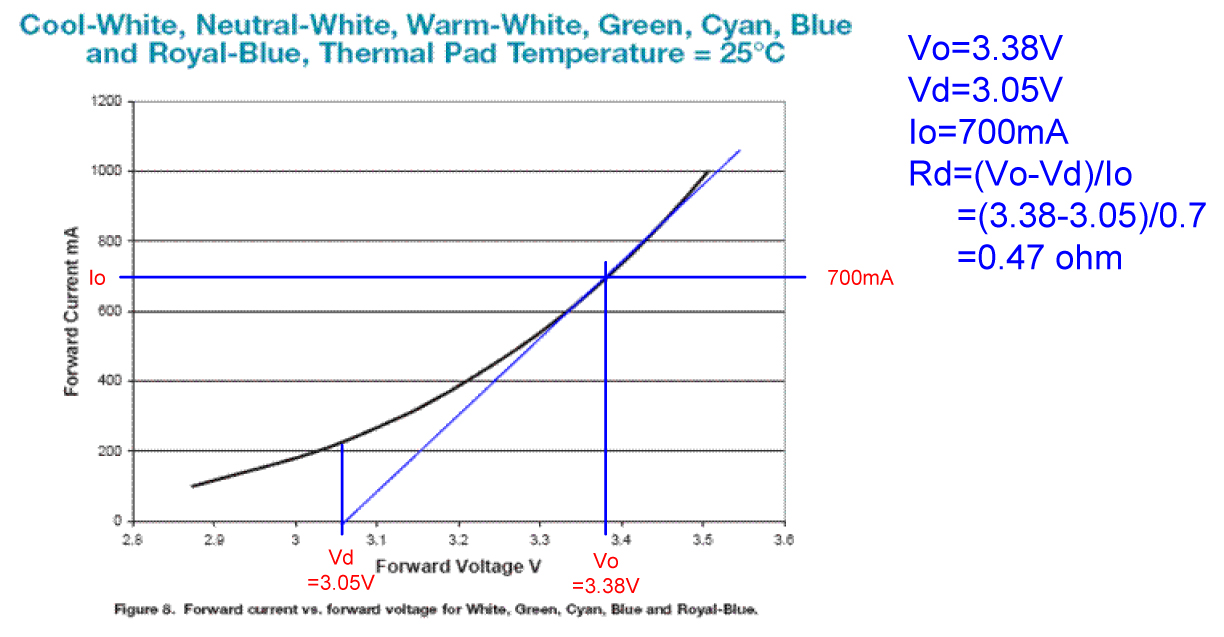 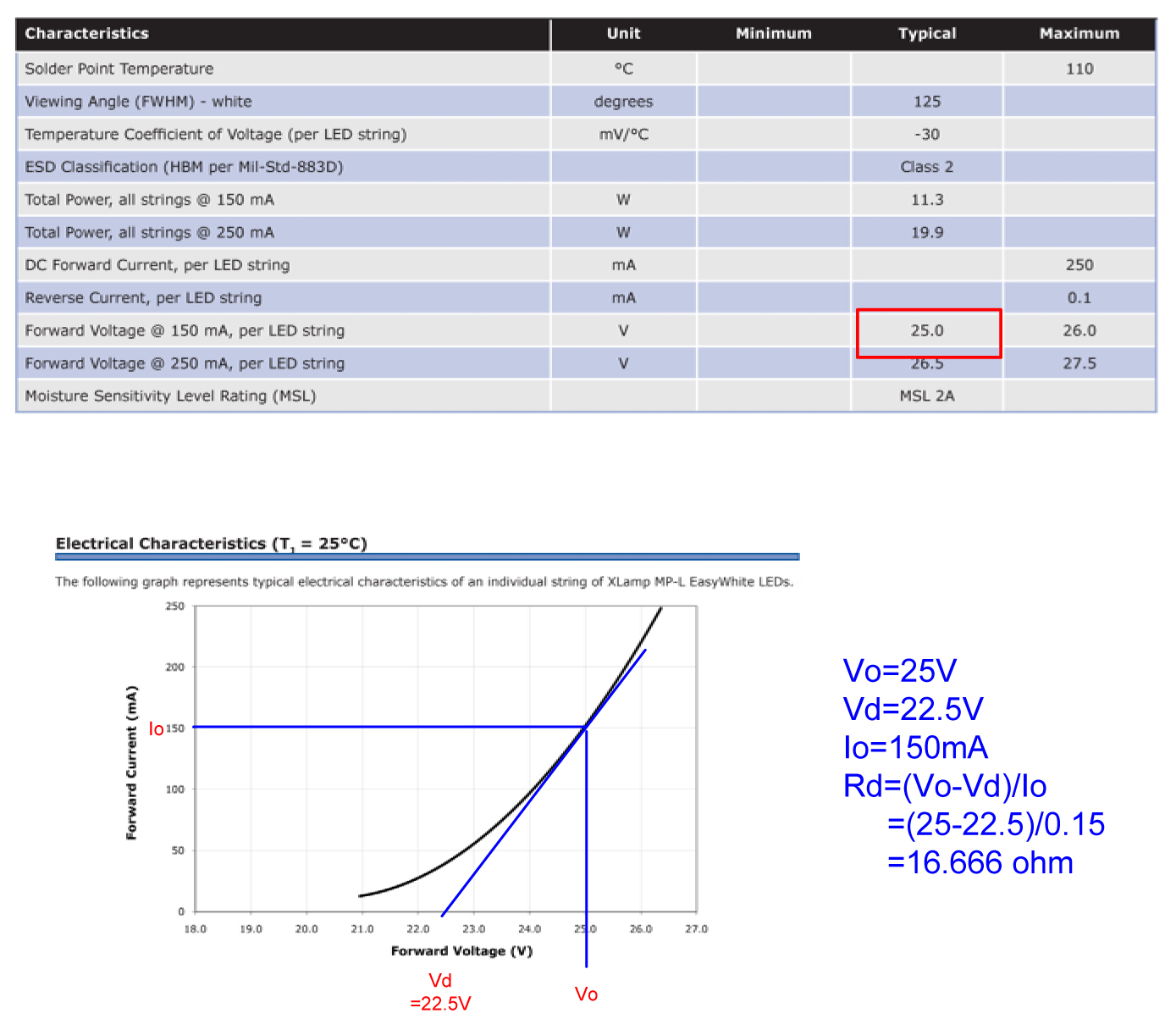 4.1 Constant current output LED driver can not use the ordinary electronic load to do short test. 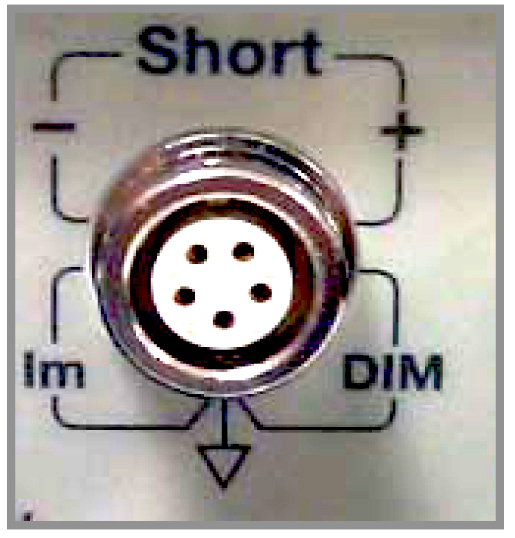 LED Driver dimming device can be TRIAC dimming or PWM dimming, the general E-Load response is too slow, can not be do LED Driver dimming test, 3340F Series LED mode Load increase the bandwidth (100KHz or more to) Improve the speed of response.

6. How to adjudge LED driver test is PASS or FAIL

6.4 When temperature changes the Vd will decrease with increasing temperature -2 mV / ℃ ~ - 4mV / ℃, Rd also temperature coefficient, so the above test, the factors to be consider.

Therefore, To test LED driver, set a different Rd, Vd have different Vo, (Vo = Io* Rd + Vd), not as a general constant voltage output Power Supply, with the CC test, the output voltage / current have general specifications (5%). Do not like the usual constant current output Charger, with the CV test, the output voltage / current with the general specifications), LED driver output Vo will be with Vd, Rd the set and have similar Corresponding changes. 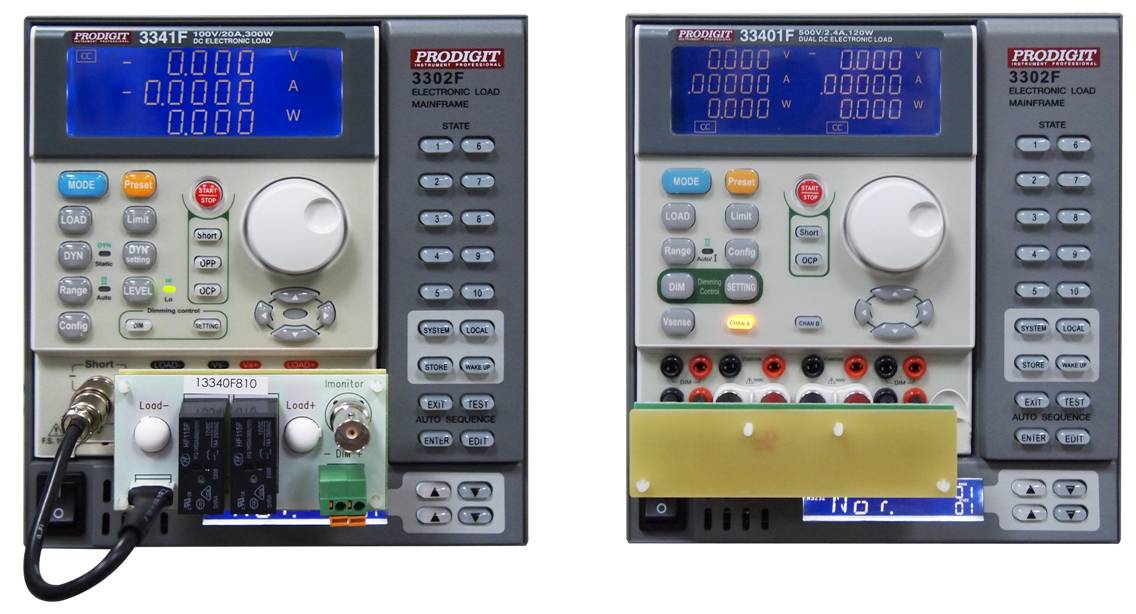 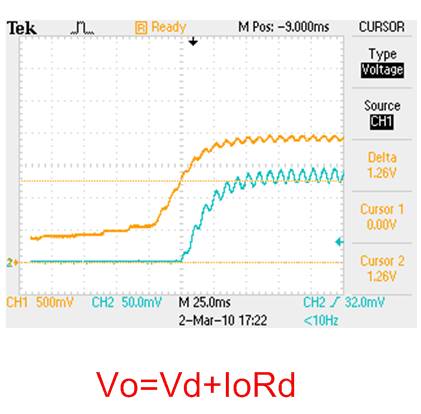 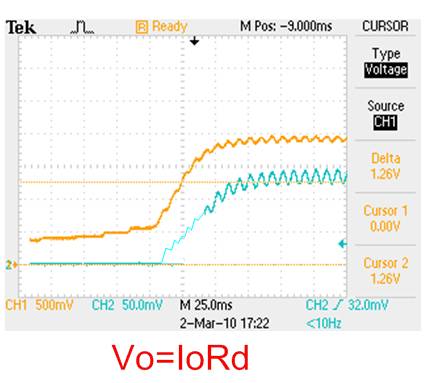 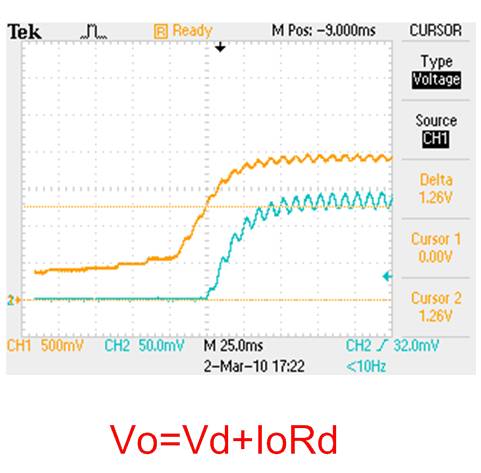 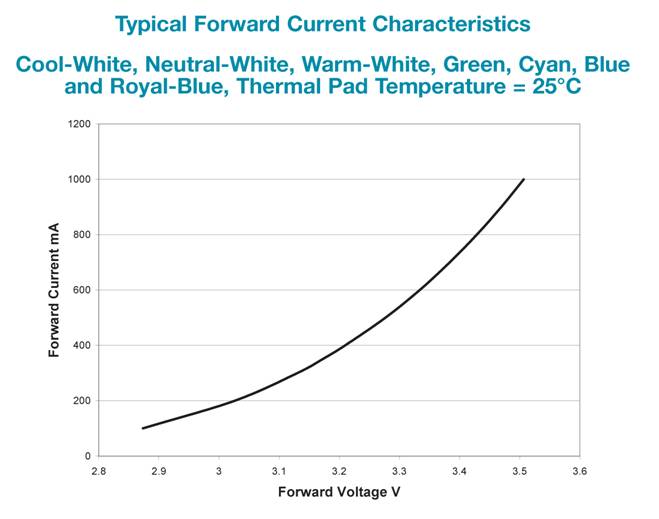 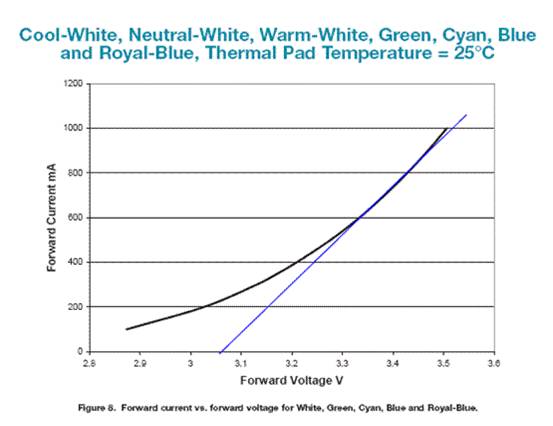 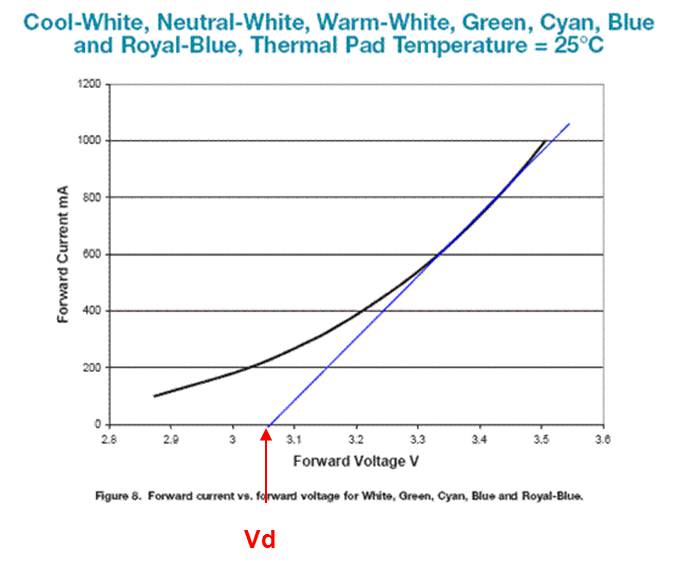 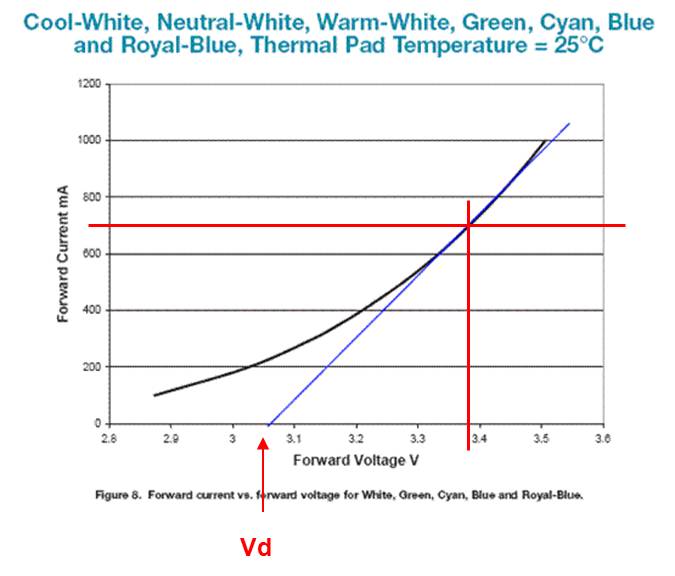 Find out Vd from LED Driver turn on character curve 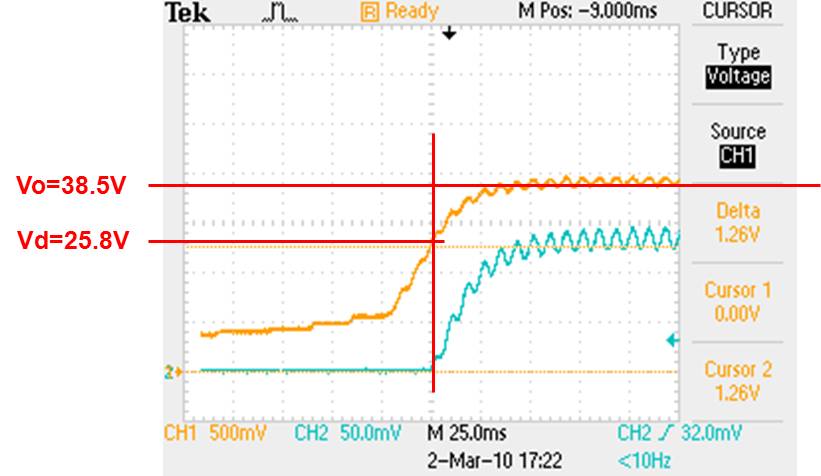 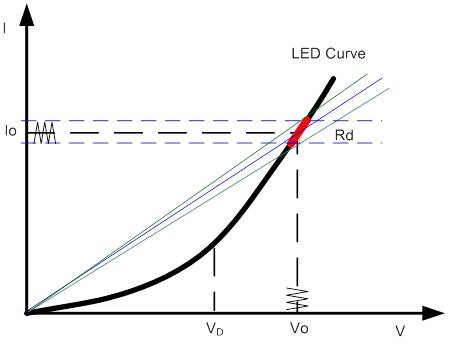 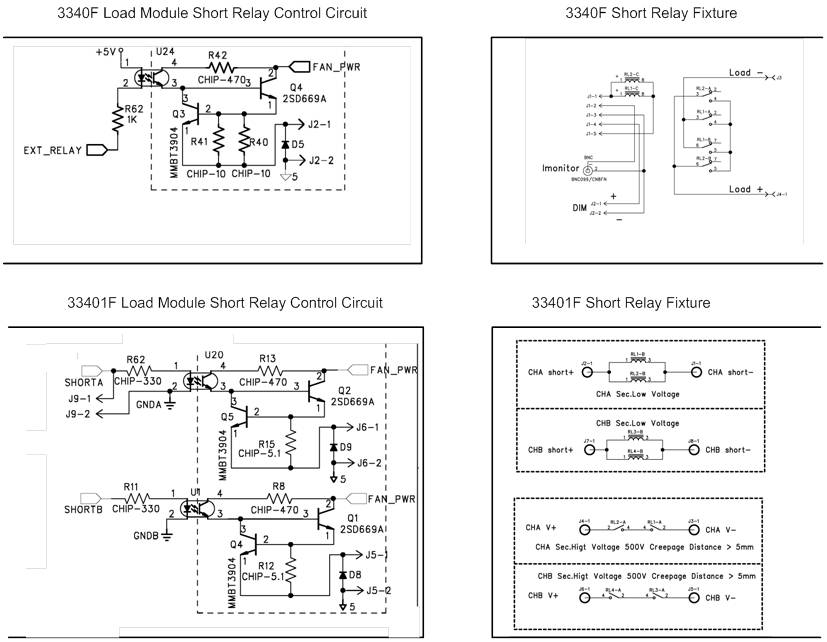 How to choose proper Model of 3340F series

－Backlight LED driver with PWM dimming (PWM start up model) : 3340F or 33401F(dual)
－Others can be any model (Linear start up by V/A/W rating) 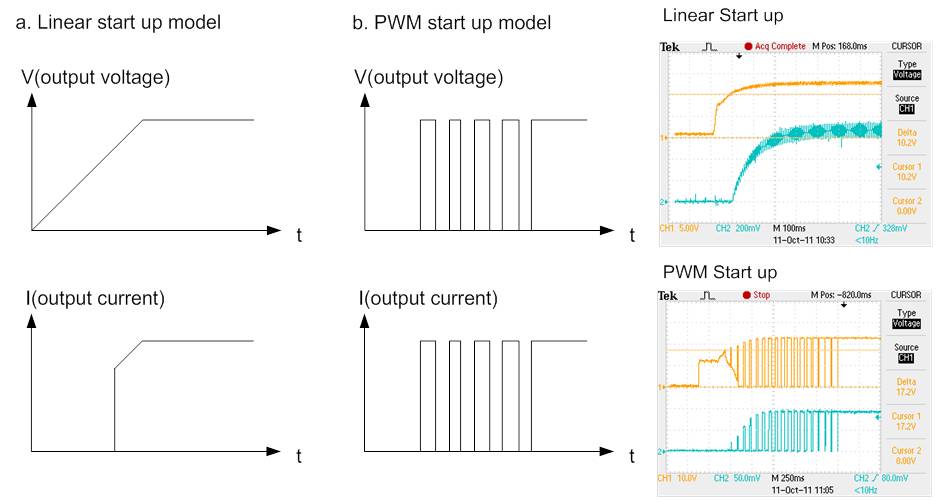